UNC 2007 Football Season In a Nutshell: The Drummers of Spinal Tap

As of right now, UNC has the title of “most excusable 2-6 team in the nation”. However, it really has been difficult to categorize this exciting, yet frustrating year. It’s much easier to characterize our losses than the season as a whole, and with the magic of the Internet, I’ve stumbled upon something comparable: the ill-fated drummers of Spinal Tap.

This is exactly where UNC is this season: on the cusp of success, but always losing under bizarre and mysterious circumstances (most of which are their own doing).

The game at East Carolina was the first time the Tar Heels faced a division I-A offense, and it showed. Patrick Pinkney had a field day against the Carolina secondary, on route to over 400 passing yards. However, UNC’s offense was able to keep pace, and had the ball in a 31-31 game, in ECU territory, with less than two minutes left.

This is where things got out of hand. First, Yates fumbled the second down snap. Then, on 3rd and 4 from the 34, UNC have the ball to tailback Johnny White, who was stopped for no gain and set up a 51 yard field goal attempt. The snap was good, but Ryan Bauchom completely botched the hold, he had to fall on the ball. East Carolina regained possession near midfield with 53 seconds left, and eventually won on a last second field goal of their own, ironically after their kicker had missed his last 3 attempts.

Against Virginia, one of the plays that prevented us from winning the game was the 4th quarter interception by defensive lineman Chris Long, which eventually set up the game winning field goal. The Cavaliers did not always put pressure on T.J. Yates in the second half, but the entire game the defensive line managed to bat down passes at the line of scrimmage. On one such play, Chris Long managed to deflect the ball to himself, catch it, and run 30 yards the other way into field goal range. Julius Peppers is the only player I can recall who was able to make such a play in college. it was simply unbelievable.

The way we lost our first two games were so bizarre that we may never again see the Tar Heels lose in quite the same way.

The Tar Heels had kept each of these games close, but had allowed teh game to slip away due to their own very-ill-timed mistakes.

Against Virginia Tech, North Carolina was well into the third quarter, only trailing 10-3 and driving to score. Ryan Houston had played a solid game up to this point at tailback, and Carolina was faced with a second a goal at the 5. Houston got the ball and was stopped at the line, but the ball was propelled out of his hands and into the end zone, where Virginia Tech recovered. Not long afterwards, T.J. Yates, having just gotten out of terrible field position, threw a pass that deflected off of Kenton Thornton’s fingertips and into the hands of Xavier Adibi, who returned the interception to the 3 yard line and set a up Brandon Ore’s game-winning touchdown. Without those turnovers, UNC wins the game.

The South Carolina game was even more self-sabotage. For example, Quan Sturdivant had recoverd a Mike Davis Fumble at the SC 15 yard line, and the UNC offense quickly proceeded to throw away their golden opportunity; sack, holding penalty, uncontested rush to the left side, ill-advised throw under pressure, easy interception. The Joe Dailey trick play pick was just as inexplicable. (The one pass they let him throw all year and it’s an interception. Go figure.) A few other missed opportunities, such as Greg Little’s two dropped touchdown passes in the fourth quarter, would have almost certainly changed the outcome of the game.

Certainly we had help along the way with these two games, but for the most part, we were responsible for our own demise. 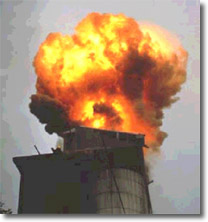 These were two games in which the Heels screwed up in just about every way possible. Carolina did a good job of keeping it under control for the middle of the game, but the team fell apart in spectacular fashion at the beginning and end of each of these contests. By the time it was over, all that was left of them was “a little green globule”.

Any future losses in 2007: “Well, I’m sure I’d feel much worse if I weren’t under such heavy sedation. “ 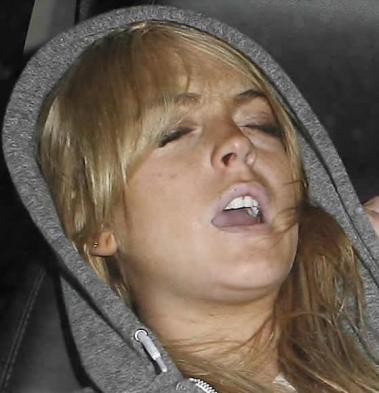 With four games left in the 2007 season, absolutely nothing should surprise us about this team. We have shown signs of promise in nearly every game we’ve played. More than 50 of the 84 players on our roster had never played a down of college football until this season. The Tar Heels have a nucleus of talented young players (42 true or redshirt freshmen), most of whom will be suiting up in 2008, 2009, and even 2010. This team will be very good, very soon. However, our inexperience makes pretty much every game a crapshoot; we cannot truly claim to know what will happen. So, losses to Maryland or Georgia Tech shouldn’t get your blood boiling too much.

The Duke game, of course, is when we make it big in Japan.

One Response to “UNC 2007 Football Season In a Nutshell: The Drummers of Spinal Tap”

« The UNC Field Hockey Team is Undefeated
Roy Williams Roamed Franklin Street In Costume This Halloween »
%d bloggers like this: