The following picture of Wolfpack wrestler Darrion Caldwell was on the front page of GoPack.com (second story). Context is overrated.

Posted in ACC, Fun with Pinatas, I DARE you to unsee this, NC State, Wolfpack, Wrestling, You are in SO much trouble dude. Leave a Comment »

Men, In This Can Lies The Solution To All Of Our Problems!

Our record says 2-4, and our statistics are roughly at where a 2-4 team should be (50th nationally on defense, 84th on offense). However, I can point to three plays this season–one in each game–that could have made us 5-1 if they played out differently.

All we had to do was not fumble.

Other plays which could have turned the tide:

T.J. Yates’ botched snap: If he finishes the 2nd down play on the final drive, UNC gets a first down and continues running down the clock; UNC, not ECU, gets the game-winning FG as time expires.

Chris Long’s interception: That was a freak play, that required unbelievable athleticism on the part of long. Without the INT, the score remains 19-14, and UNC’s last-minute TD wins the game.

Eddie Royal’s reverse: on Virginia Tech’s very first play from scrimmage, their offense caught the Heels defense red-handed in overpursuit, running the reverse for 50-plus yards down the right sidelines to set up their only offensive touchdown of the day. Without that play, it’s the Hokies coming from behind the entire game.

One final statistic: in these games, UNC’s turnover margin was -5 (7 giveaways, 2 takeaways).

In each of these games we were one, or at the most two, plays away from victory. With those victories, UNC would be 5-1, 3-0 in the ACC, and 1st place in the Coastal division.

Now, the vast majority of these players have less than 300 collegiate plays from scrimmage under their belts, so they have a lot to learn. The Tar Heels have played their hearts out all season, and have improved some facet of their play in every game. The mere fact they were competing in all of these games shows that strides that Carolina has made in 2007. Also there are many, many other areas in which the Tar Heels need to improve. However, this exercise shows how much the outcome of a game, or even a season, can change with one play, especially turnovers. At some point in the next few years (or even this year), The Heels will be making those kinds of plays instead of giving them to opponents.

We’ll need a lot of stickum for when Spurrier and the #7th ranked Gamecocks come to Chapel Hill on Saturday.

I can’t wait for college football to start again. Hopefully it won’t pan out like last year. This video captures the exact sentiment of UNC football fans in 2006.

We have some very good recruits coming in, and last years class will no longer be redshirted. With luck, we can finish a whopping 5-7!

As an alum and a die-hard fan of North Carolina, I will blindly root against any of Duke’s on-court or on-field activities. But even I have to admit, the Dookies are model citizens off the court.

Take the example of Duke assistant coach and former point guard Steve Wojciechowski. After the Blue Devil’s down year and early exit from the tournament, I would have forgiven him if went to the film room, poring over game films to find out what went wrong. He could have gone on the recruiting trail to find new players to rebuild his proud program. Hell, he could have vented his frustrations out smashing an inanimate object. But being the model citizen that he is, Wojo decided to begin his offseason by giving back to his community. Less than a week after the heartbreaking loss to VCU, Wojo was in a veterinary clinic for exotic pets in Raleigh, North Carolina, working several shifts and taking care of various animals rarely seen on Earth. We have manged to obtain two photos of his volunteer work. 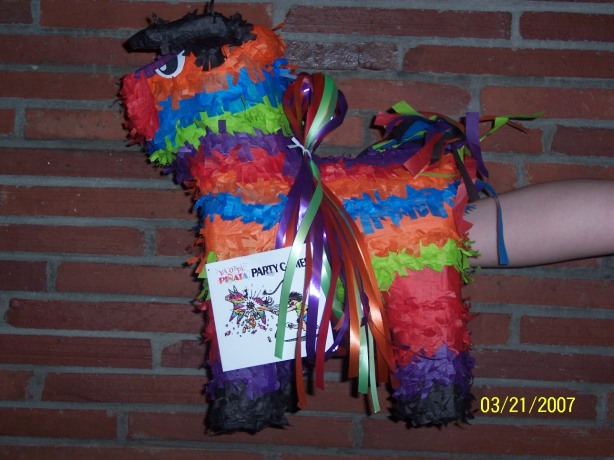 Here, we see Steve Wojciechowski providing a routine checkup to Rodrigo, a young bull. Since the vet staff complained of his constipation, Wojo is checking for colon polyps. Rodrigo doesn’t seem to mind.

In this picture, Wojo is in the middle of a delicate procedure, using sterile plastic tweezers to remove a brain tumor from the head of a giant parrot. The parrot has been briefly incapacitated by watching a “Flavor of Love” marathon while Wojciechowski removes the tumor without causing any pain.

In an era of cynicism toward athletes, it’s nice to see when an sports figure has a direct positive impact on others. Even if it’s a Dookie.